They say that the British are a nation of animal lovers. That seems true enough –we have some of the toughest animal protection laws in the world. Although we don’t have the highest rate of pet ownership (that’s Australia) or the highest number (with its significantly larger population, that’s the USA). One issue new pet owners tend not to consider in all the excitement is the potential for diseases. 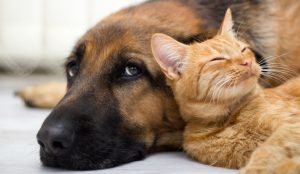 Cats can carry a bacterium called Bartonella henselae which can infect humans. Sometimes, it doesn’t even take a scratch or a bite. A cat infected with this bacterium only needs to drool saliva on an open wound to infect a human. People with weak immune systems are particularly at risk (HIV, babies, older people, diabetics and recent transplant recipients). It manifests itself in humans as fever, swollen lymph nodes, fatigue and joint and muscle aching.

Cats don’t typically display symptoms and will usually only show up in blood tests. Regular check-ups for your pet will help identify issues. In humans, it will usually clear up without antibiotics, but medical advice is recommended for those with more severe symptoms.

Ringworm is one of the best-known diseases pets may transmit to humans. It’s a fungal infection and not actually a worm, genetically similar to the same fungus type that causes Athlete’s Foot. You may not see any symptoms on your pet, but it will sometimes show up as circles of bald patches. It will transmit through any physical contact with pets.

It’s treatable in both humans and pets and how you treat it depends on severity. For minor infections, your GP will advise several over-the-counter medicines. For anything more severe, a prescription may be required. For pets, immediate veterinary attention will be required for a course of treatment to ensure it doesn’t spread.

Best known as a bacterium responsible for food poisoning, you can also acquire an infection from your pet although the type that lives in the gut of your cat or dog is slightly different. It’s rare for humans to catch salmonella poisoning from a pet, but it can happen. It’s more common in reptiles – lizards are carriers and they can pick it up from mice they are fed.

Washing your hands and general good hygiene is the best Most cases clear up without necessary treatment in a matter of days. It’s important to drink plenty of fluids. A practice nurse or GP could recommend solutions for restoring body nutrients in patients who are vomiting. Severe cases will require antibiotics. 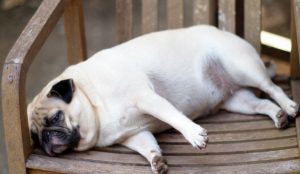 Parasites in pets are largely unavoidable – few pets go through life without picking up a tick or fleas. One particular parasite called toxoplasma is largely safe for humans. But it can cause a condition called Toxoplasmosis in pregnant women, leading to foetal complications, and for people with weakened immune systems. Cases are rare in either case but if you suspect you may have caught it, you should seek medical advice.

Such people should take meticulous care of their personal hygiene and avoid food from a garden that is uncooked where cats are likely to have wandered or even defecated. Vet treatment for the cat is certainly required.

One of the most common diseases that animals will pass to humans although there are several types of worm we can catch and none of them pleasant: hookworm, tapeworms and roundworms (not to be confused with the fungal ringworm). It’s such a high risk that dogs and cats should receive regular “worming” for their and your health. It is estimated that the number of humans who contract parasitic worms from their pets are in the hundreds of millions.

In most cases, worm infection of humans by animals is not fatal, but you should seek treatment to avoid passing them on to others.