Are UK Roads Falling into Disrepair Due to Potholes?

There’s few things more heart stopping when you’re driving than hitting potholes. That sudden jolt and brief moment where you wait to hear that faint hiss of flat tyre is an experience we could all do without. It also seems like there are more and more each day as you slalom past them all. But are the roads really getting worse? And if so, what’s caused them get so bad? 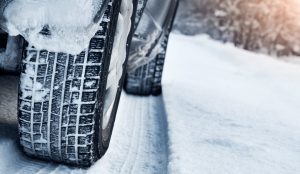 At the time of writing this Britain is coming off the back of some pretty severe winter weather caused by ‘The Beast from the East’. All that snow and ice has done no favours to the roads.

The reason that this weather is so bad for the roads is because of the method used to make them driveable in the first place. We’re all familiar with gritting trucks applying salt to major roads to keep the country moving, but this also has a negative effect. Because the salt melts the snow the water falls into existing cracks and crevices in the road surface. When night rolls around this water refreezes, causing it to expand. This then pulls apart the road surface, making cracks into potholes and potholes into bigger potholes. Once the weather passes we’re left with shoddy roads.

Budget Restrictions on Dealing with Potholes

Of course, winter weather isn’t the only reason the potholes are so bad, after all there were plenty before the ‘Beast from the East’. There is also inadequate investment in repairing the ones that exist. With local authorities’ resources being stretched the condition of the roads is worsening faster than repairs are happening. We’ve all been past the same potholes that seem to stay there for months and get worse before they get better. Even when the job does finally get completed it looks as if it’s been done on the cheap and won’t hold out more than a few months.

This lack of investment in repair is reflected in the statistics from various areas, particularly in Wales. Data collected from the Welsh Government over six years by the BBC suggests that 10% of the 1,932 miles of welsh road are in poor condition. The worst area was Powys, with 19.6% in poor condition. There were also areas in England in a comparable state of disrepair, with the City of London having 15.3% of it’s A roads in poor condition.

How Can Potholes Be Better Dealt With? 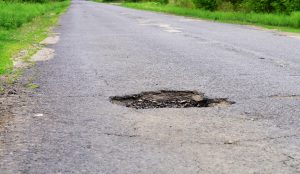 The statistics, as well as peoples experiences, certainly suggests that potholes need to be dealt with more efficiently by local authorities, but this is easier said than done. More investment is a start – an extra £30 million is being provided in Wales – but money doesn’t do the work alone.

Perhaps one solution is to change the threshold for a repair so potholes get fixed sooner. By leaving them until the last moment of being safe it provides more of an opportunity for them to get worse, while also being more difficult and expensive to fix each one. Fixing them more immediately makes the job shorter, cheaper, and potentially more thorough.

For the time being though the best drivers can do is keep an eye out for any dangers on the road and, hopefully, with time those pesky potholes will be filled in.